Common goldfish and comets are both varieties of the common carp. They both have a long, torpedo-shaped body with a single tail fin at the end. Amateur aquarists can choose either of these fish to care for as they are rather easygoing.

Have you ever wondered which pet is better, a comet or common goldfish? In this blog post, we will explore the differences between these two types of fish and help you decide which would be the best fit for your home aquarium.

Comet vs Common Goldfish: What are the differences?

Both fish are relatively easy to care for, as long as you put them in with fish smaller than the size of their mouth. Besides, they are rather calm and friendly, so you do not need to worry about them attacking other aquarium creatures.

Comet goldfish make great pets for aquarium enthusiasts due to their long tails and playful demeanor.

However, if you prefer a slower-moving fish with a more laid-back personality, then a common goldfish may be a better option. If you are planning on keeping commons, it is best to keep them in a larger tank with other similar fish in size.

Let’s see the main differences between these two fish:

Comets and common goldfish can come in a variety of colors, including orange, black, white, and yellow. However, the most common color for comets is red. This is why they are sometimes called “red Comet goldfish.”

One of the main differences between comets and common goldfish is their body shape.

Comets tend to have slightly longer bodies than common goldfish, along with shorter fins. Their tail also tapers to a point, giving them a distinctively comet-like appearance.

In contrast, common goldfish have shorter, stockier bodies and longer fins that extend to their tails.

Size is the first thing you will notice when looking at comets and common goldfish.

Comets can grow up to 18 inches, while common goldfish only grow to about 12 inches. This means that if you are planning on keeping your fish in a small tank, the comet is not the best option.

Comets and common goldfish are both social creatures that do well in groups. They are known for being very active, swimming around the tank, and playing together. They also both have a reputation for being relatively easy to keep as pets.

Comets are more active swimmers than common goldfish and tend to swim faster and with more energy. They often appear streamlined or comet-like when they move through the water, while common goldfish may appear heavier or less graceful due to their slower swimming speed.

Comets and common goldfish have very similar dietary needs. They are both omnivorous, meaning they will eat both plants and animals.

They should be given a diet that consists of pellets, flakes, live foods, and frozen foods. It is important to make sure that their diet is well-balanced so that they can stay healthy.

The main difference between these two types of fish is that common fish have a higher metabolism than comets. This means that they need to eat more often, and they will produce more waste.

If you are keeping common fish in your aquarium, you will need to do regular water changes to keep the tank clean.

Comets prefer water between 65 and 72 degrees Fahrenheit, while common goldfish can tolerate up to 75°F.

Furthermore, you should add a small gravel substrate and water filter when housing these fish in the tank.

Overall, while both comets and common goldfish make beautiful additions to an aquarium, it is important to carefully consider your needs before choosing which type of goldfish will be best for you.

Also, proper care and regular maintenance will help ensure that your fish remains healthy and happy for years to come. 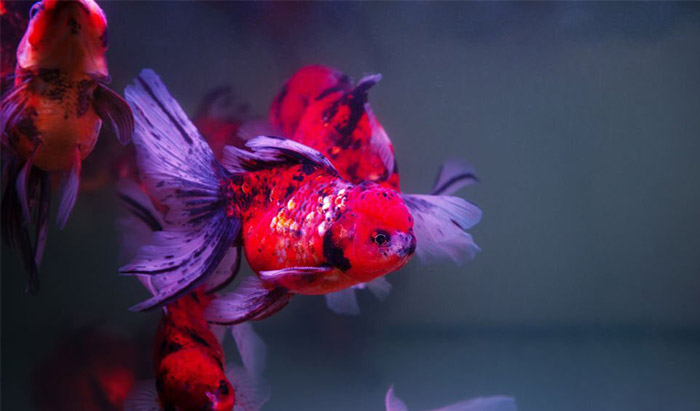