Amano shrimp and cherry shrimp are two of the most popular freshwater aquarium shrimp. They are peaceful creatures that live in harmony. Indeed, these two types of shrimps have several similarities and features that differentiate them. For instance, Amano shrimps are bigger with a translucent grey body. Meanwhile, Cherry Shrimp, as its name suggests, is covered in a distinct red color.

This blog post will outline some of their differences so you can decide which type of shrimp is right for your tank.

Amano shrimp are larger than cherry shrimp, with adults reaching up to 2 inches (5 cm) in length. Cherry shrimp only grow to be about 1 inch (2.5 cm) long.

Amano shrimp have a more distinct pattern on their bodies than cherry shrimp. Amano shrimp are typically translucent gray, brown, or tan, with dark stripes running down their backs. The unique thing is that Amano shrimp can change their colors due to the changes in food or the level of stress they are experiencing.

On the other hand, Cherry shrimp have a more uniform coloration, mostly red. But, this type of shrimp can also be orange, yellow, green, or blue.

Amano shrimp have a lifespan of 2-3 years. If under stress due to changes in the water parameters or sudden transport to a new living environment, Amano shrimp might die when just being put in the aquarium.

Cherry shrimp typically live for around 12-16 months in a suitable environment. In a tank with the right condition of pH level and temperature, Cherry shrimp can live up to 2 years.

Amano shrimp are considered to be easy to care for. They can live in a wide range of water conditions and do not require special food or supplements.

Cherry shrimp are also easy to care for, but they are more sensitive to changes in water quality, including parameters and harmful elements.

Amano shrimp can be kept with the most peaceful fish species. They will also tolerate being kept with other shrimp species. In fact, you can put together Amani shrimps with:

Like Amano shrimp, Cherry shrimp should be kept with other small, peaceful fish and shrimp species. Here’re some suggestions for you:
Amano Shrimp

Both Amano shrimp and cherry shrimp are omnivorous and eat both plant and animal matter.

However, Amano shrimps are more scavengers and will often eat algae. Furthermore, they need pellets to grow and develop the immune system.

Amano shrimp are difficult to breed in captivity and are typically only bred by professional shrimp farmers. The most difficult part in breeding Amano shrimp is creating the exact conditions, including replicating the brackish water for shrimp babies and then bringing them to freshwater when required.

Cherry shrimp, on the other hand, are relatively easy to breed and can often be bred in home aquariums.

Amano shrimp are more expensive than cherry shrimp, available at a price ranging from $5 to $10 per shrimp.

Cherry shrimp are less expensive, as they only cost around $2 to $5 per shrimp. 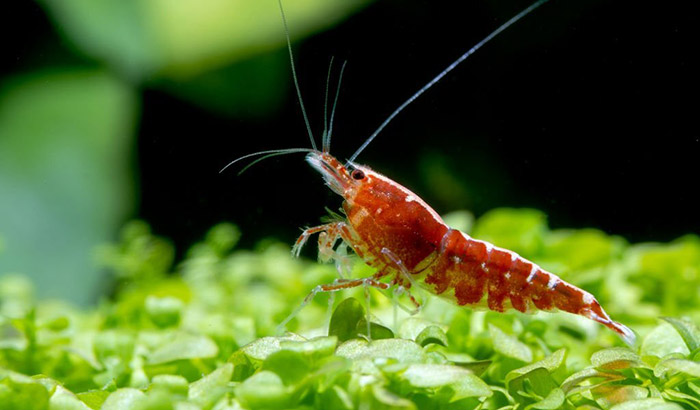 The answer is yes; they can live together quite harmoniously. Many aquarists believe that Amano shrimp help keep cherry shrimp populations in check since the larger Amano shrimp are known to eat the smaller cherry shrimp.

However, it is important to note that not all Amano shrimp will eat cherry shrimp – so it depends on the individual shrimp. If you’re worried about your cherry shrimp being eaten, you can always try keeping them in a separate tank.

Cherry Shrimp vs Amano Shrimp: Which one to choose?

When it comes to choosing between Amano shrimp and Cherry shrimp, it depends on your personal preference.

If you want bigger, more active shrimp, go for Amano shrimp. If you prefer a smaller, more delicate shrimp, Cherry shrimp should be a great choice.

If you want an algae eater that will help keep your tank clean, then the Amano shrimp is an ideal pick.

Cherry shrimp are an excellent option for beginner aquarists because they are hardy and relatively easy to care for. On the other hand, Amano shrimp require more attention to water conditions. They can be sensitive to changes in their environment.

Whichever shrimp you choose, you’re sure to add some beauty and interest to your aquarium! They are both interesting and beautiful creatures that make the environment in your aquarium more vivid and lively.

The important thing is you should make sure you choose the right tank mates for these creatures to maintain harmony in the living space. 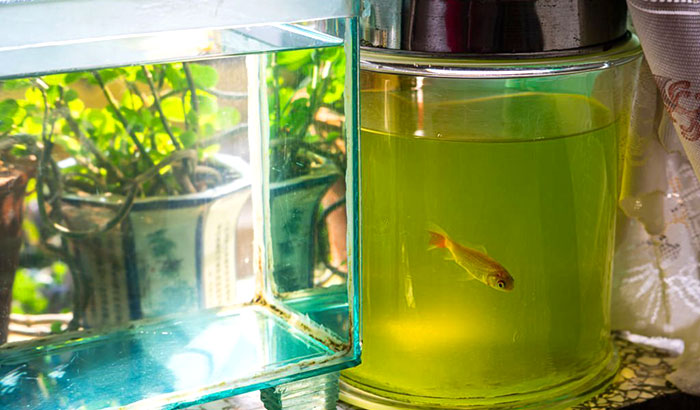